Total
29
Shares
23
0
6
We have a lot of hooded sweatshirts at this house and I’ve always wondered if I could convert them into something else. There’s a boy’s shirt contest going on over at I Am Momma Hear Me Roar so I decided to give it a shot. Here’s a great way to transform those hooded sweatshirts into a cowl neck pullover!

Start out with a sweatshirt that fits your child (or you!) comfortably with a little extra room because you’ll be loosing just a little bit of the width. Make sure the hood fits comfortably over their head. My son normally wears 24 month sized clothes but I used a 2T for this project. *If you are using a different style shirt check out the tips at the bottom of the post.

First you’ll cut out the zipper. It’s easiest to do this from the inside of the sweatshirt and to cut as close to the zipper as you can. 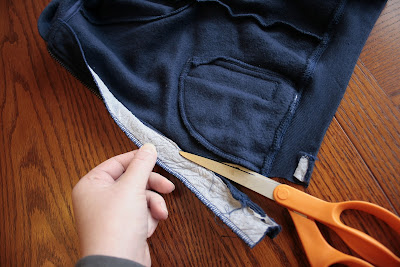 Next cut off the hood and cut off the seam that connected the hood to the rest of the shirt. You may need to use a seam ripper to remove and bits still stuck to the sides.

Your cut up shirt will now look like this: 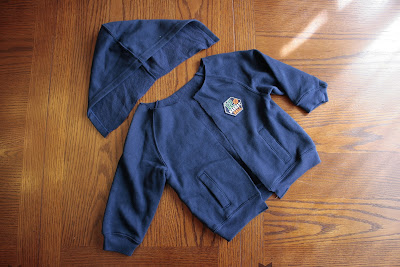 At this stage you’ll want to remove any embellishments like the basketball patch on my sweatshirt above. Next lay the hood flat. If it is unlined like most hoodies you’ll cut it twice the final desired so you can fold it in half. Add an additional 1/4″ to that measurement for your seam allowance. I cut a strip 4 3/4″ for my son’s 2T size shirt. 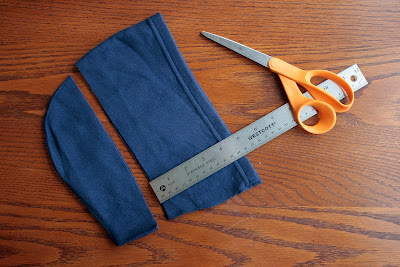 Now you’re ready to start sewing! Fold the sweatshirt inside out and pin the seam together. I cut the pockets so they would be 1/2″ away from the edge of the shirt. Next, sew along the edge with a 3/8″ seam allowance. Start at the bottom so if the shirt shifts at all, at least that part will match up correctly! 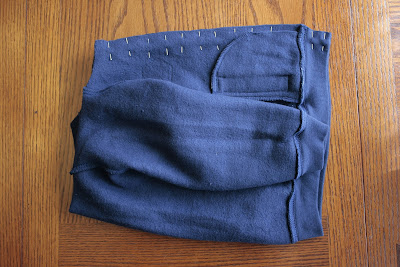 Lay the sweatshirt out and press the seams open. Pin the seams down and sew 1/4″ on each side of the seam. When you do this, fold the edges down over the sides of the pockets so when you stitch it up you’ll close the pockets that you cut open when you removed the zipper. 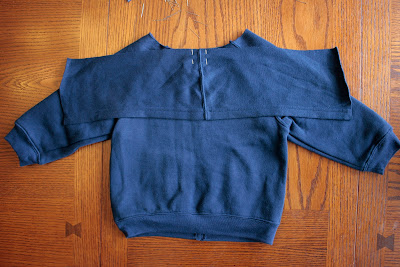 Continue to pin around the curve of the neck. 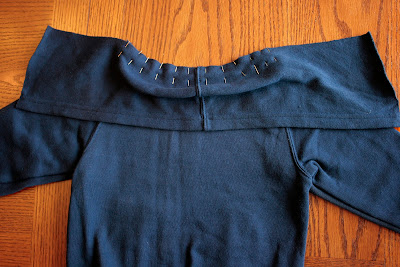 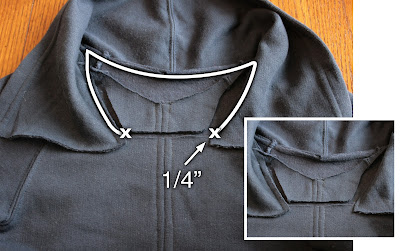 Fold the neck strip over so it resembles a dress shirt collar. Pin down the edges. 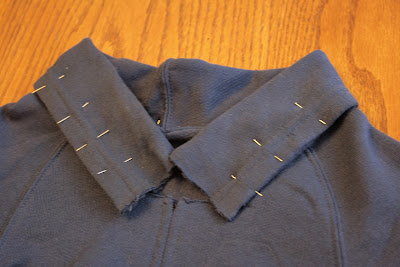 Sew the neck down all the way around as close to the edge as you can. Also, sew the front edge of the neck shut. 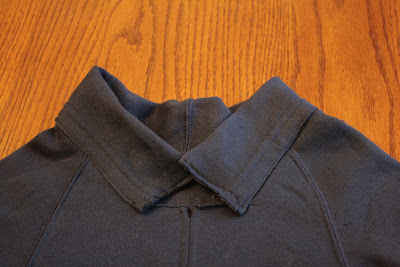 For the final step, turn the shirt inside out and line up the two edges of the collar with the opening. Pin it in place and stitch shut. 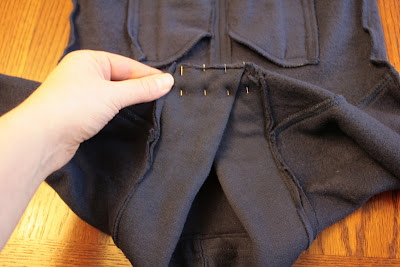 Turn right side out and the shirt is complete! You could easily add some extra character with piping around the neck or with contrast stitching. 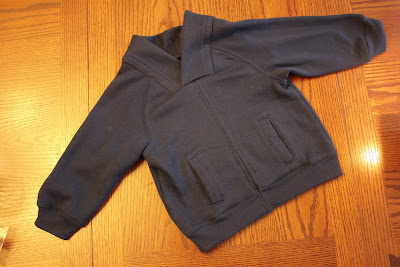 *Tips for other shirt styles: If you’re starting out with a lined hood you won’t have to fold the neck strip in half like the example above. Below, using a 2T shirt, I cut the neck strip 2 3/4″ for a final neck of 2 1/2″ with 1/4″ seam allowance.

With this style of pockets I was able to do just a single seam down the center and that closed the pockets back up. Because the graphic was misshapen after the cutting and sewing I just cut a patch from the extra hood material to cover it up. That also covered up the top of the pockets that became slightly mismatched after sewing!

What Kind Of Copper Is Best For Jewelry Making