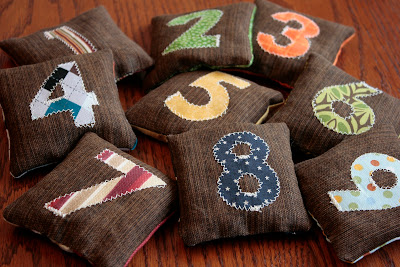 My friend’s son turned two yesterday and I wanted to make him something that a little boy (or girl) could enjoy playing with. I’ve seen variations of counting bean bags on different blogs and decided to come up with my own version. This set has nine beanbags plus a matching drawstring tote bag. You can find the matching tote bag here!

To make these, you’ll want to download the number template here. I didn’t use a number zero but my husband was concerned that someone might want it so it’s included in the pattern. First, print out the pattern and cut out all the paper numbers and 9 fabric squares for the beanbag fronts and 9 fabric squares for the backs. I did brown for the front and different colors and patterns for the numbers and backs.

Next, cut out nine fabric rectangles a little larger than your numbers. Iron those to a strip of fusible web. On the back, trace each number backward then cut out each number. 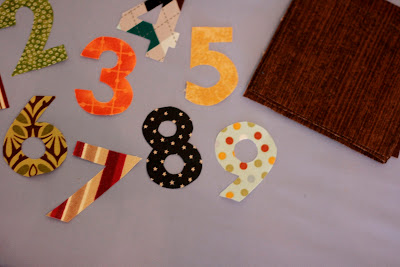 Peel the backing off the fusible web and iron the numbers to the centers of your beanbag fronts. If you want more details on making the number appliques you can see my post on appliques here. 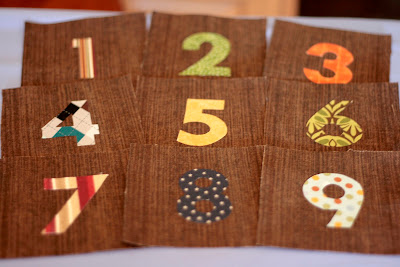 Then I did a loose zig zag stitch with my sewing machine around each number. The curves got tricky and so I had to turn the hand wheel for some parts and stitch very slowly. Next put right sides together of your beanbag fronts and backs and stitch them up leaving a 2″ opening at the bottom. When you are done stitching, turn them right side out. 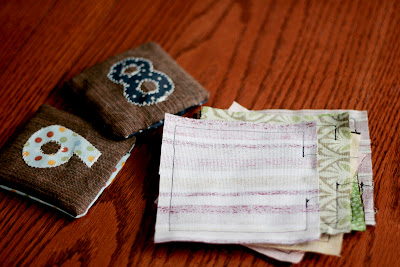 I tried to fill these with a funnel but my funnel opening was too small so I used a rolled up paper plate to fill each bag with black beans. I filled each bag until it was 3/4 full and used a pound and a half total for all nine bags. 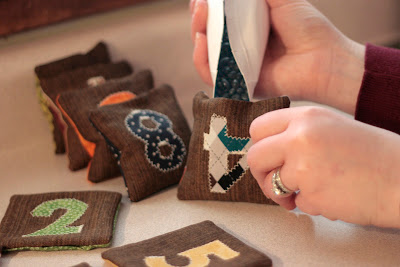 Next I sewed the openings up using a slipstitch. A slipstitch is a (mostly) hidden seam. Do do this you’ll first fold the raw edges inside. Then knot your thread and starting at one end of the opening you’ll alternate between the inside folds of the fabric stitching about 1/16″ inch of fabric on each side then pull tightly. 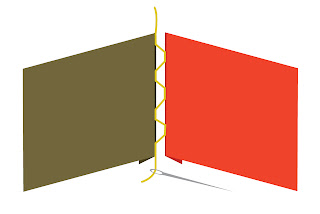 Beanbags are now finished and ready to be played with! 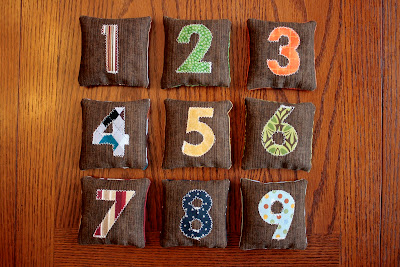 And like I mentioned earlier, you can also make a matching drawstring tote to keep them in. 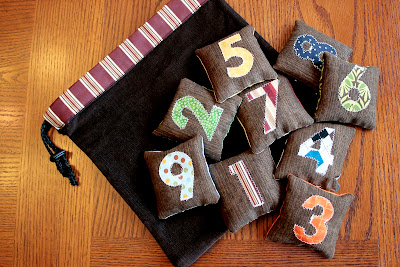 What Kind Of Copper Is Best For Jewelry Making